Ben is jealous when he learns Bonnie is sending Danny on a cruise to celebrate becoming a dad, so he and Danny hold a Wheeler War to see who deserves the trip more. Meanwhile, Tucker and Riley run into Tucker’s ex-girlfriend at a Lamaze class. In order to look impressive in front of his ex, Tucker fibs about where he’s at in life which snowballs into a chain of bigger lies and awkward encounters. 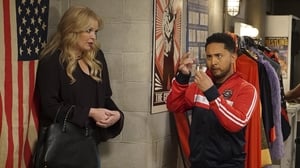