When Jane realizes that she and Michael are both stressed out, they decide to recreate their first date to help them relax. Rogelio makes a big scene on the red carpet of his film premiere and his rant goes viral, which leave him to make a choice about the direction of his career. Rafael wants to set a good example for his children leaving him to make a big decision with the ultimate sacrifice. Meanwhile, Bruce’s daughter finds herself in trouble leaving Xo and Bruce’s to discuss the future of their relationship. 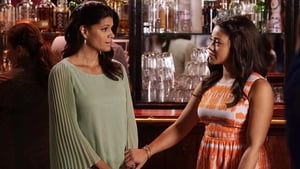