Tell Me a Secret

After Megan provides Julia with breaking news about a murdered college football player, a young man is accused of killing the student via an app which allows users to broadcast anonymous messages. Jake decides to take on the case once he learns the suspect is the son of a high school friend. Meanwhile, Levi is troubled by photos and information revealed during Oscar’s interview from jail, 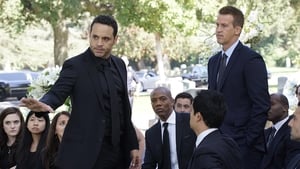