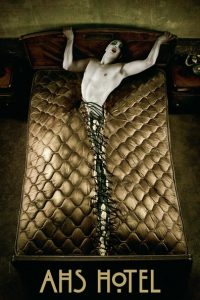 Again breaking from the anthological format, like Freak Show, season five, “Hotel”, is interconnected to the first season, and features an appearance by the Murder House, its original owner Dr. Charles Montgomery, and its realtor Marcy.